On this Escape, visit the must-see landmarks and experience the culture of Britain without the crowds—and even better—without the high-season prices. It’s the perfect, concise Britain escorted tour that offers you the unforgettable sights of this great land! Have your camera ready to capture all the magnificent experiences as you travel from London to Edinburgh. History buffs will delight in seeing mysterious, prehistoric Stonehenge (just imagine how those stones got there!); the Roman Baths in Bath, constructed around 70 AD and today one of the best-preserved Roman remains in the world; Liverpool, once a great Victorian city and Atlantic seaport, and renowned birthplace of the Beatles; and Edinburgh, home to many Scottish monarchs, including Queen Margaret, who died here in 1093.

Literary fans will enjoy visiting Shakespeare’s birthplace in Stratford-upon-Avon, and Grasmere, home to William Wordsworth. But that’s not all…a London Guide will show you all the city’s famous landmarks, from Buckingham Palace to the Prime Minister’s Downing Street and Westminster Abbey; and in Edinburgh, you’ll tour the castle and see Scotland’s Crown Jewels. From the historical sights to the beautiful scenery to the special experiences, this guided tour of England and Scotland is a great way to sample everything Britain has to offer at a price that screams, “Let’s go!”

Standard group tour starting at $1,419* CAD per person, based on double occupancy

Welcome to London! Tonight, meet your Tour Director and traveling companions for a welcome dinner at your hotel.

BATH Visit the excavations of the Roman Baths.

GRETNA GREEN See where the blacksmith would wed runaway couples.

Morning city sightseeing with a Local Guide includes the New Town, Old Town, and a visit to Edinburgh Castle to see Scotland’s Crown Jewels. Free time this afternoon before a farewell dinner at a local restaurant.

Your vacation ends with breakfast this morning.

*Hotel rooms are subject to availability and are confirmed by the supplier at time of booking; they may be replaced by other hotel rooms of similar category at the sole discretion of the supplier. 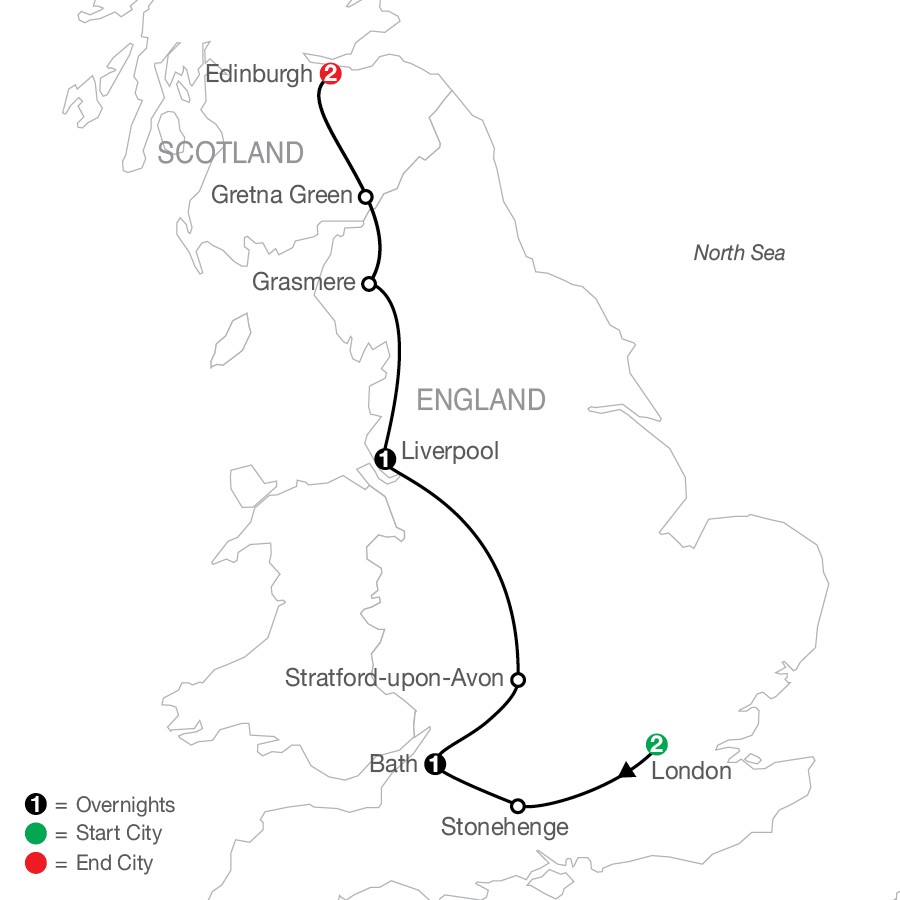 Interested in the itinerary above? Click on the “START PLANNING” button below and reference “British Escape” in the form, or give us a call at 587.997.5969 to book.

An adventure designed specifically for you

Let us work with you to tailor a journey based on your travel style and interests. We can use the existing itinerary above as a foundation, or build one from scratch to create your ideal vacation. Connect with us to start the conversation. 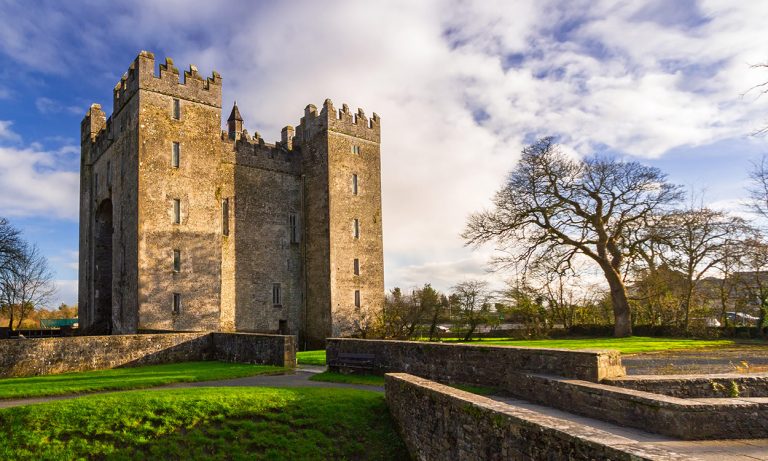 Enchantment at every moment on this undiscovered tour of Ireland

2 nights each in 4 legendary cities from Mediterranean to Atlantic 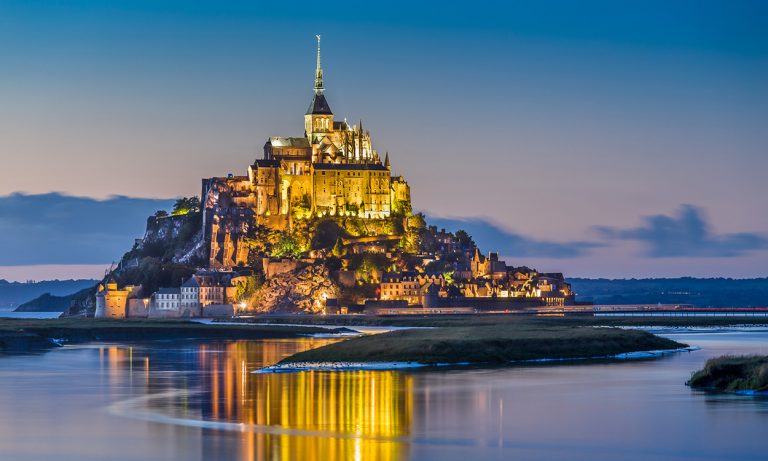 *Prices are per person, based on double occupancy and subject to change and availability.